I try to have a girls' night with my best friend, Natalie, every month or so, and she's the perfect date, because she always wants to try out new places and sample and share a few things off the menu, which is exactly what I like to do! Last week, she and I ventured to the restaurant Odys + Penelope on La Brea for a night out.

Odys + Penelope is a churrasco (grilled meat) style restaurant, known for their wood fired smoker and open grill in the heart of the restaurant. Most of their menu items are focused around smoked ingredients and are fired in the wood oven. The restaurant is run by Quinn and Karen Hatfield, who are also behind The Sycamore Kitchen. The design inside is very minimal, but it somehow gives it a certain charm. I especially liked that they had a long wall shelf of firewood, ready to be put into the wood fire oven. 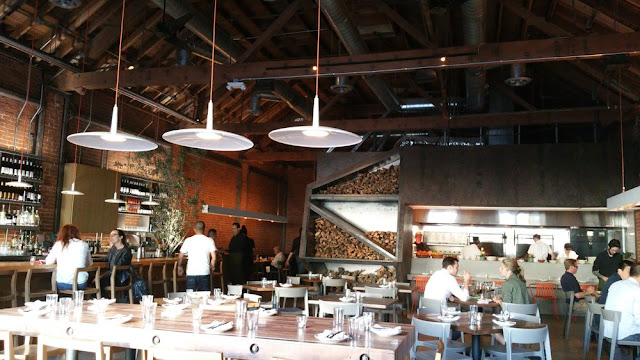 We got to the restaurant a little earlier than our reservation, so we started out by having a couple of drinks by the bar. I'm really into mixed whiskey or bourbon drinks, so I ordered this drink that was comprised of bourbon, blackberries, bitters, and amaro. I think the drinks are seasonal so my drink may not always be on the menu, but judging by the taste I had of my friend's drink, you won't go wrong ordering any of them. 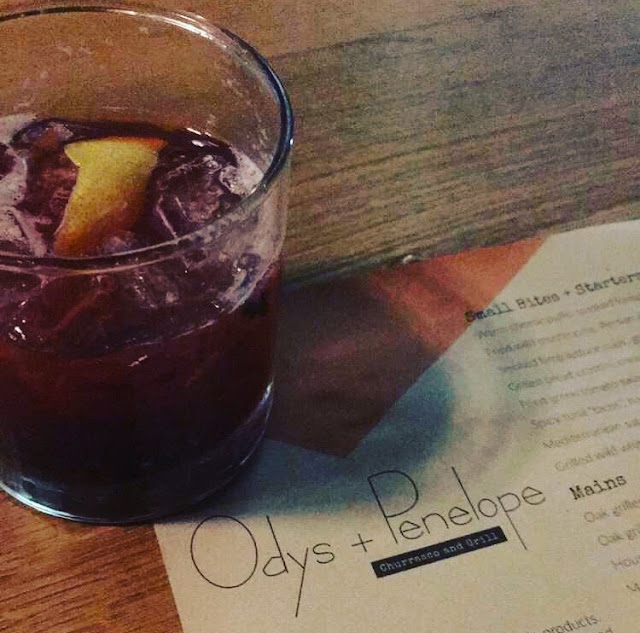 So we began ordering a few starters. First, was the fried wild mushrooms with Persian garlic sauce. To be honest, I anticipated these being more crispy than they were. They were still really tasty, but a bit soggy. I absolutely could not get enough of the Persian garlic sauce. Coming from a Persian-Armenian background and knowing a lot about Persian food, I have no idea what makes this sauce Persian, but who cares? It was delicious! The dried, candied lemon garnishes were also actually really tasty. 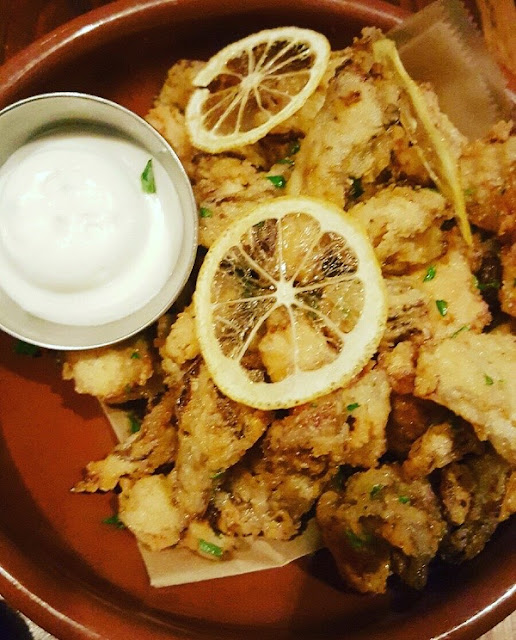 My girl and I can never say no to fries, so we ordered some of those too. They were seasoned with za'atar, a Mediterranean spice that's really tangy and lemony. We both like dipping our fries in ranch, but the yogurt aioli that was paired with the fries was a really great compliment to them. 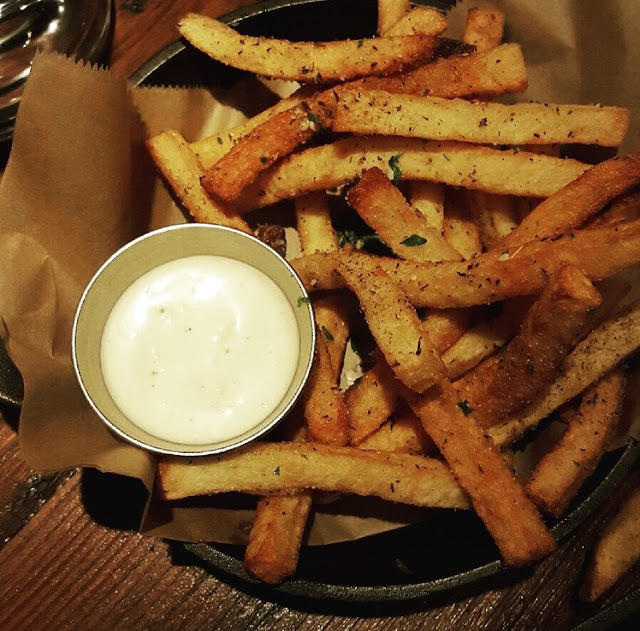 I think my favorite appetizer we had was the warm cheese puffs served with a smoked tomato romesco sauce. Oh my God! They were a fluffy, cheesy pastry that was made even better by dipping it into the sauce. I strongly recommend these as a starter. We actually considered ordering another serving of them :X 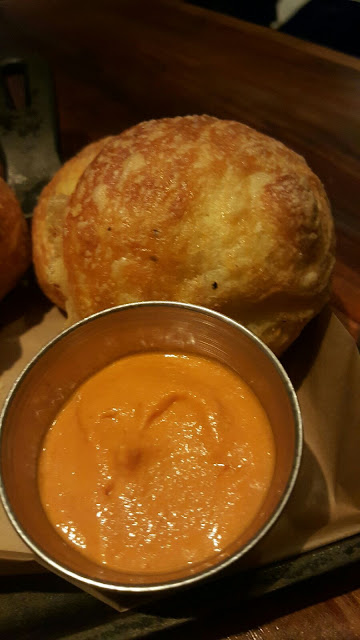 For our main dish, we shared the slow grilled tri-tip with charred broccoli and O+P béarnaise sauce. The meat was so tender and the béarnaise was the perfect add on to it. I also could not stop eating the broccoli. Natalie had to stop me, because little did I know, the best part of the meal was coming up. 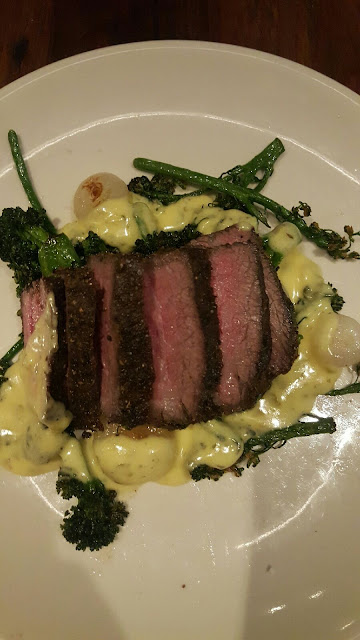 What can I say about this chocolate rye pie? I'll start by saying Karen Hatfield, who is a renowned pastry chef, is behind it so you know it's going to be good. Second, this dessert was named on the list of top 10 desserts in LA by EaterLA. Finally, my honest opinion...it was definitely one of the best desserts I've had! It was super chocolatey and warm, so it was a great contrast to the cold malted ice cream on its side. The peanut crumble on top was also like icing on the cake of this amazing dessert. 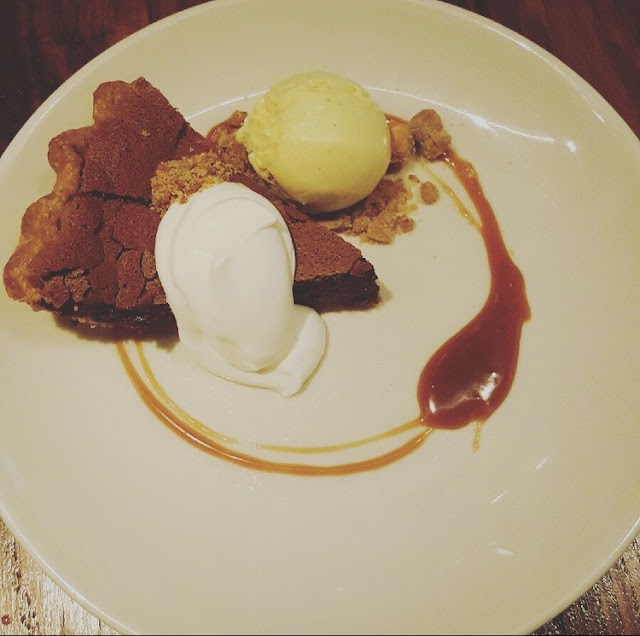 Posted by taltalsays&chardonnay at 7:27 PM