Okay...who else watched Beyoncé's Lemonade special this weekend?! I was celebrating my birthday this weekend so I didn't catch it or DVR it when it aired because I thought I could stream it on my HBO Go account later...but no! I'm not sure why this was a limited event, but I tried watching it on Sunday and I couldn't find it. When I found out the only way I could watch it was to download Tidal, I was kind of feeling apprehensive about it, because...well, it's Tidal. But I really couldn't wait. I mean, she's my idol in terms of beauty, talent, female empowerment, self confidence. So I bit the bullet and downloaded Tidal. After watching it, I had a Lemonade hangover for days! This visual album got me feeling like my boyfriend is cheating on me, when he's probably not. Either way, I'm going to watch it again and make my boyfriend watch it too! I've now finally composed myself enough to write what I thought of it... 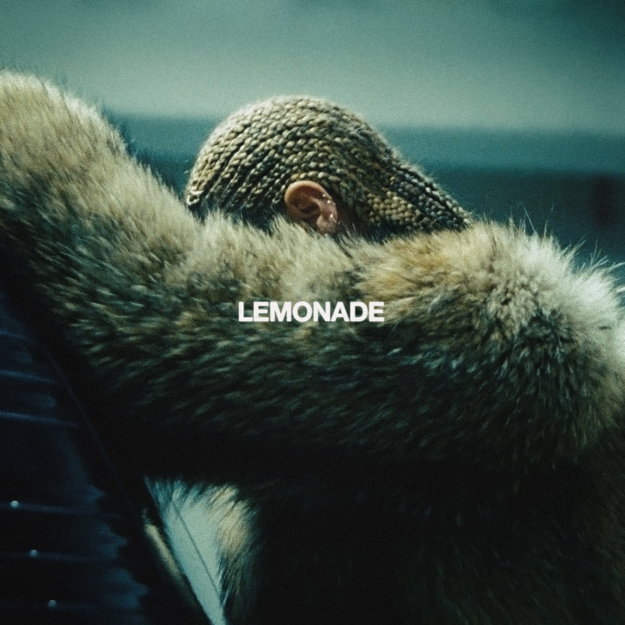 The special showcases Beyoncé's new album, Lemonade, with really amazing raw visual album of her. It was basically a really, really long music video. Also peppered in there was various empowering excerpts from Somali-British poet, Warsan Shire spoken by Queen Bey. Lemonade definitely made me want to look into more of Shire's work, because it was so moving and inspiring. The whole video's backbone was around Shire's Warsan vs. Melancholy: The Seven Stages of Being Lonely and traced Beyoncé's struggle with her husband, Jay Z's, infidelity.

Lemonade highlights Beyoncé's trouble in paradise with her husband, which left me so heartbroken, because since their On The Run tour, I've always thought of them as the perfect power couple. I loved her lyrics about the love she has for him and how they're still so horny for each other. But I guess, as life goes, it's not as perfect as we all thought it seemed. If anything, Lemonade brings to light this dark part of Bey's life in an honest, beautiful, powerful, and real way. She also alludes to her father, whom she's notoriously had issues with in the past, and I believe they haven't spoken in a long time, and compares his betrayal to Jay's. People are insinuating that "Becky with the good hair" who Jay cheated with is Rachel Roy...not to be confused as Rachel Ray! To this I say...duh! She's been behind these cheating rumors since the On The Run Tour so I don't doubt that it's her. Plus why would she post that cryptic photo on Instagram and caption it, "Big hair, don't care..."?

What was most heart sinking in the special was Bey's references to the Black Lives Matter movement. As someone who supports this movement, seeing the mothers of Trayvon Martin, Eric Garner, and Mike Brown holding pictures of their sons almost brought me to tears. What put me over the edge was a portrayal of a small excerpt from Malcom X's "Who Taught You to Hate Yourself?" speech, where he simply uttered, "The most disrespected person in America is the black woman". What a sad, but real realization that still rings true today. 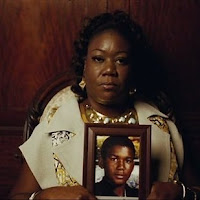 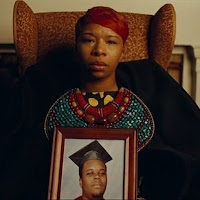 In addition to Shire's empowering words, Beyoncé's lyrics are also so poetic and perfect clapbacks to your ex or if you happen to be in the midst of breaking up with your boyfriend. These were some of my favorite lyrics: 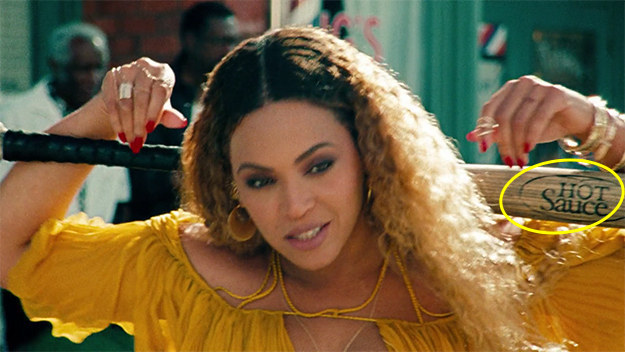 Aside from the beautiful lyrics and spoken word, the cinematography in Lemonade was nothing short of amazingly beautiful. These are some of my favorite shots from the visual album: 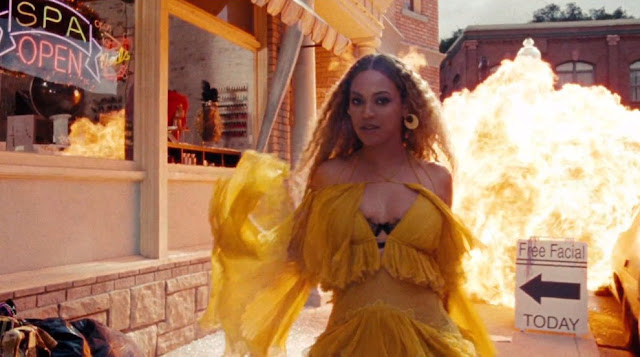 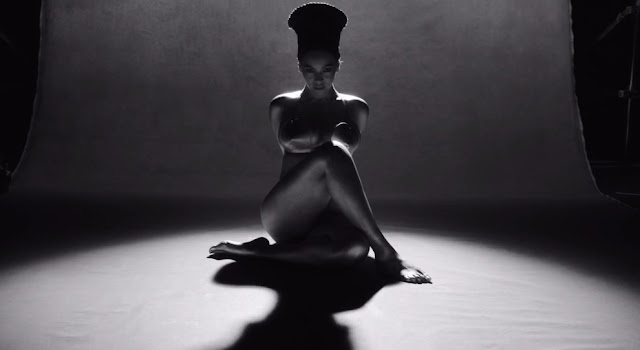 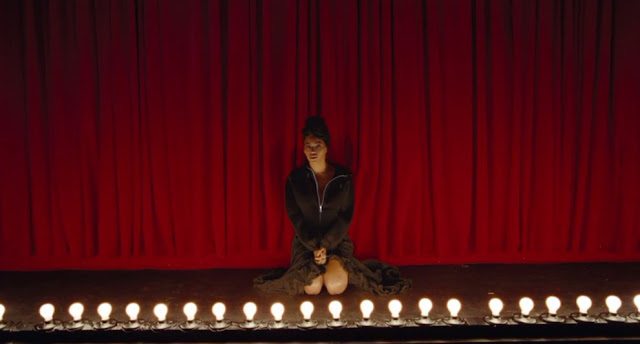 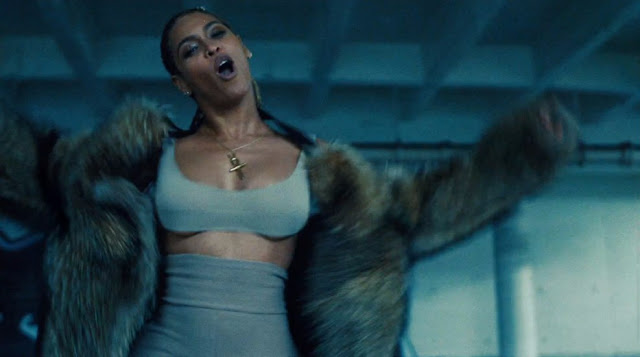 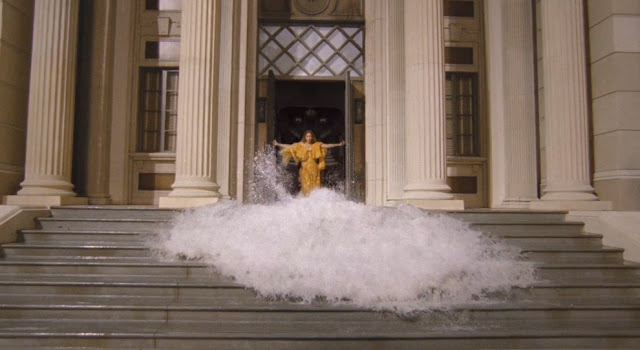 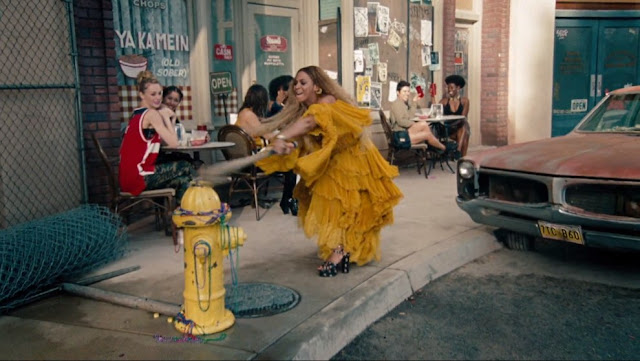 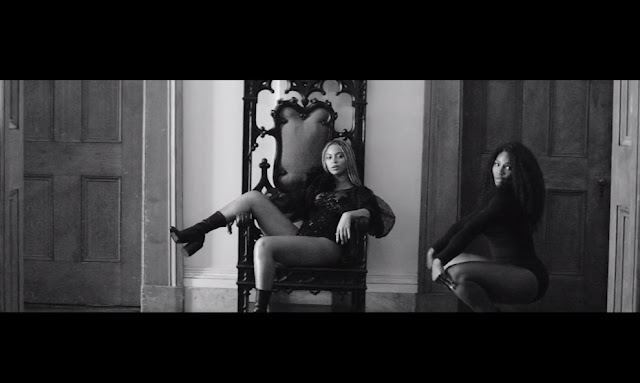 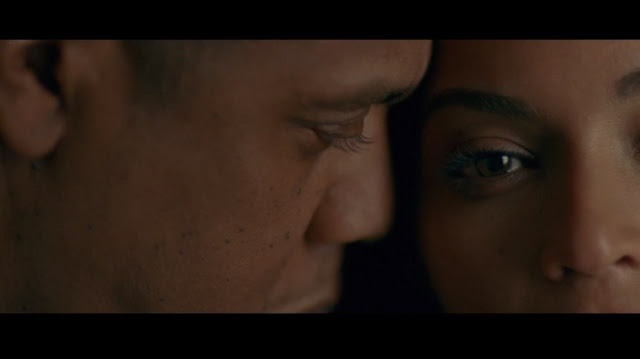 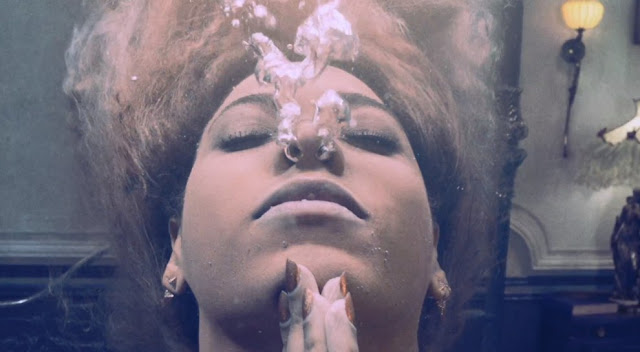 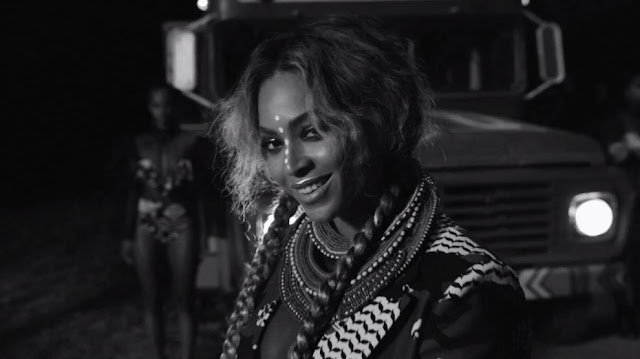 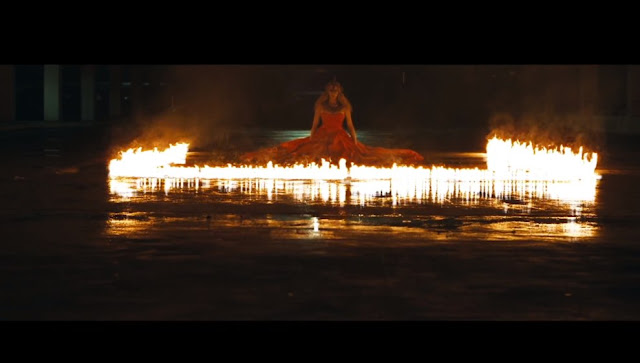 The end of Lemonade shows a home video of Jay Z's grandmother, Hattie White, giving a speech at her 90th birthday. Beyoncé iterates Hattie's recipe for lemonade over the video: take one pint water, add a half pound of sugar, the juice of 8 lemons, and the zest of half a lemon. During her speech, Hattie says that life gave her lemons, but she turned them into lemonade, and this ties the whole album together. Beyoncé was also given lemons in life: her husband's infidelity, her troubles with her father, racism in this country...but she took those lemons and turned it into feminist, black empowered, loving yourself LEMONADE.

Posted by taltalsays&chardonnay at 7:18 PM No comments:

A few weeks ago, I ventured to the LA County Museuem of Art to check out the acclaimed Rain Room exhibit (which was awesome, by the way!). Since I didn't have a ticket to the exhibit I had to be put on stand by for a ticket holder to not show up. In the meantime, I trekked the other exhibits at the museum, but still had time so I decided to get a drink at the cute little restaurant on site, Ray and Stark's Bar. 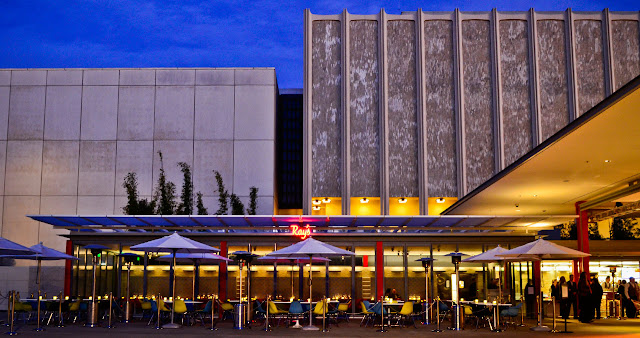 Now, I'm not necessarily into really fruity drinks, I tend to go for the drinks with bourbon, but one item on the cocktail menu immediately caught my eye...the Rosé Wishes and Lavender Dreams! I love lavender and rosé and thought it would be an interesting combination together, and quite honestly, how could anyone not love the name of the drink? I bet even Robin Leach would love to try this. The drink consisted of sparkling rosé wine, lavender syrup, vodka, and lemon.

I've been to a lot of bars in LA and have had some really great drinks, and I can honestly say that this drink at Ray and Stark's Bar is one of my top 5 favorite cocktails in LA! It has a hefty amount of vodka in it as well, but with the flavors of the rosé, lavender, and a splash of lemon, you can barely taste it. It feels like you're drinking a fancy soda. Fair warning: the drink really creeps up on you...you can barely taste the vodka, but trust me, it's there!

I don't live super close to LACMA and I can't be going there every time I feel like having this drink so I attempted to make it at home, and it actually came out quite successfully! If you can't make it to LA and want to try this drink, I'm bringing it to you with this quick recipe. Make adjustments where you wish (i.e. the amount of vodka), but either way, you are sure to love it! I, personally, couldn't find sparkling rosé, which the bar used, so I just used a Love Noir non sparkling rosé wine. 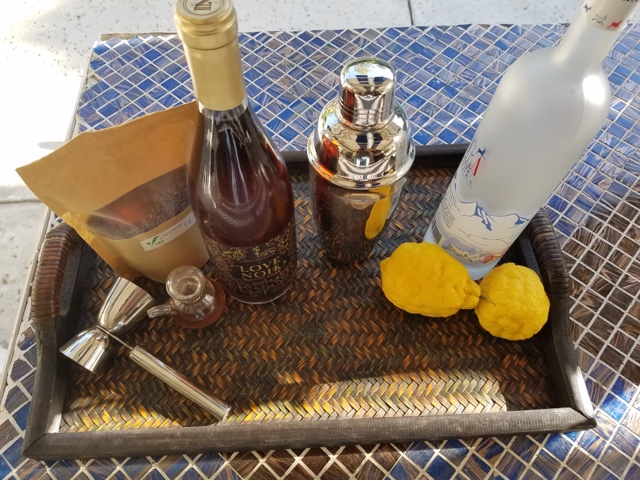 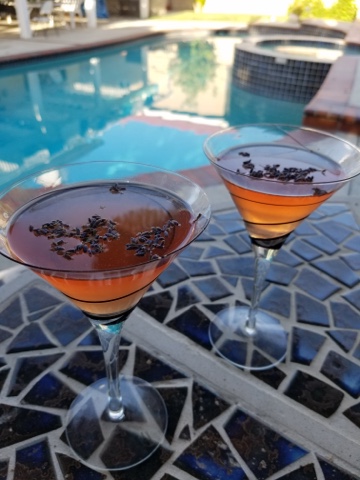 4. Pour 1 shot of the lavender syrup into the mixture in the shaker.

5. Squeeze the juice of 1 lemon into the mixture.

6. Seal the shaker and shake the ingredients all together.
7. Pour the drink into a martini glass and garnish with some lavender leaves.

Cheers!
Posted by taltalsays&chardonnay at 2:40 PM No comments: