This weekend marked the 67th annual Emmy Awards, which honors outstanding television shows. Anyone who knows me knows that I am a huge fan of quality television programming...nothing excites me more than keeping up with shows that keep my curiosity and binge watching shows that I hear are amazing. This year's Emmy's has inspired me to watch so many notable shows and has also left me ecstatic for my favorite shows getting the recognition they deserve.

Everyone (for the most part) on the red carpet was stunning and beautiful. I love my fashion, especially at events like this where celebrities really go all out. Theses are my top 3 favorite looks from last night...aren't these drool worthy? 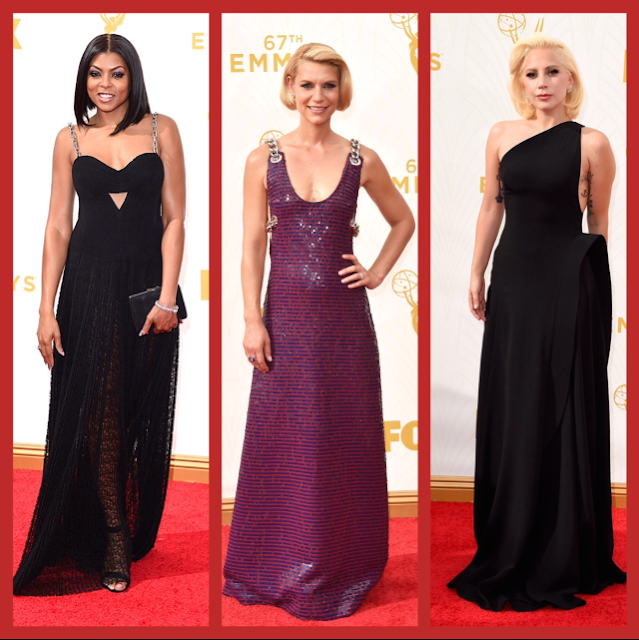 Taraji looks amazing with a bob and she has such a perfect amount of sexiness from the sheer skirt on the dress and the triangle cutout on her torso. Black is the new black!

Clare Danes looks stunning as well with the chains on her dress, adding an element of hard and soft when paired with the sequins and her feminine hairstyle.

Before I continue, can we talk about how amazing Lady Gaga looked? She is one of my favorite artists and her transition to television in the upcoming American Horror Story Hotel brings me so much excitement. It really shows her range in talents and I can't wait to watch it. She's really toned down her crazy outfits to a more modern and sleek look. Everything from her hair to the peplum on the side of her dress screams elegance.

Honorable mention to Julia Louis-Dreyfus for those amazingly eye catching and beautiful earrings. How can you not stun in 28.78 carat diamond earrings set in platinum designed by Chopard?! 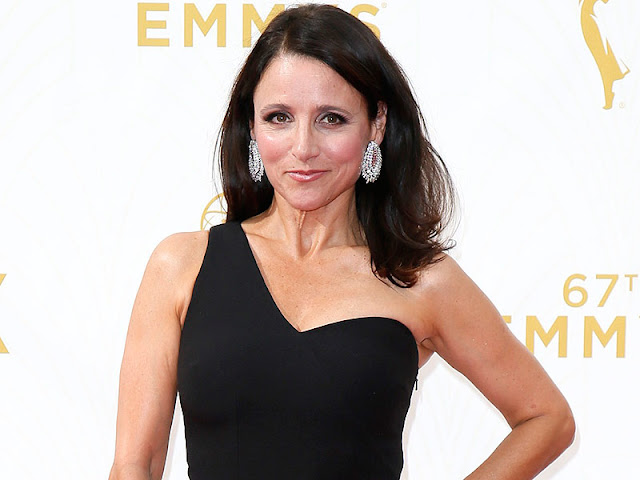 Now let's talk about the lovely host, Andy Samberg. I think Andy is adorable and he has me in tears with his musical comedy with The Lonely Island. I have to say, though, that he was a little disappointing for me as a host. His jokes fell flat and I found myself kind of waiting for him to stop talking so the show could go on. Bring back Tina and Amy! What did you guys think? 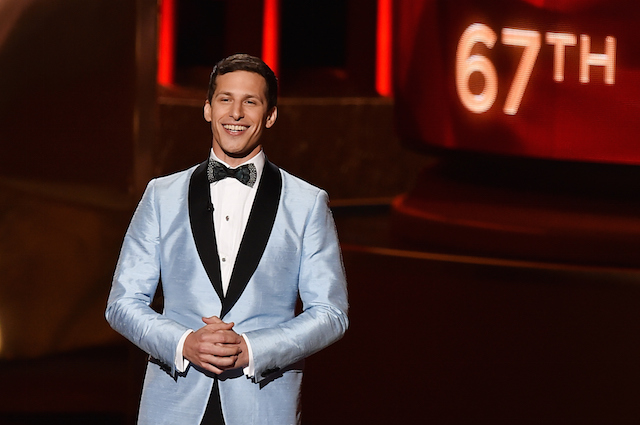 The show itself though, was pretty awesome. My favorite moments included Viola Davis' speech after winning Outstanding Lead Actress in a Drama Series. It was very inspirational and empowering. Here's the speech, in case you missed it...

Tracy Morgan also presented at the awards after recovering from a severe car crash with an 18 wheeler truck last June. His speech was also inspiring and a testament to his strength and passion to share comedy with the world.

There was also a montage of shows that ended this year, which...spoiler alert...showed us a bunch of spoilers! That was a little annoying, as I hadn't seen some of them. So if you haven't finished watching Boardwalk Empire, True Blood, Sons of Anarchy, or even Two and a Half Men, avoid this montage video at all costs!

The winners this year were so deserved, in my opinion. There were also many shows that I haven't watched, but received awards, so now I am totally going to take the time to watch them!

Olive Kitteredge was a limited series that won a bunch of awards including Outstanding Limited Series and Outstanding Lead Actress in a Limited Series. I haven't watched this show, but this is an example of one that I will look into based on it being so widely received.

I am uncontrollably happy for the winners of Veep, because that show's writing and actors are phenomenal. I don't think there is one episode of that show I have watched and not laughed hard. I am also happy with Uzo Aduba's win for her amazing portrayal of Suzanne "Crazy Eyes" Warren on Orange is the New Black.

One of my favorite moments of the night was Jon Hamm receiving the award for Outstanding Lead Actor in a Drama Series for his portrayal of Don Draper in Mad Men. The show ended this year and Jon finally got the recognition he deserved for such a good performance throughout the series. He even climbed onto the stage instead of taking the stairs, which was so charming in his Jon Hamm way.

I'm also excited for Amy Schumer receiving the award for Outstanding Variety Sketch Series. From obscurity doing Comedy Central Roasts to being on top of the comedy world. I always love and support funny women in the industry.

Of course, who could forget my beau, Jon Stewart, and all the wins for the Daily Show. Also, so deserved! We'll miss you Jon... 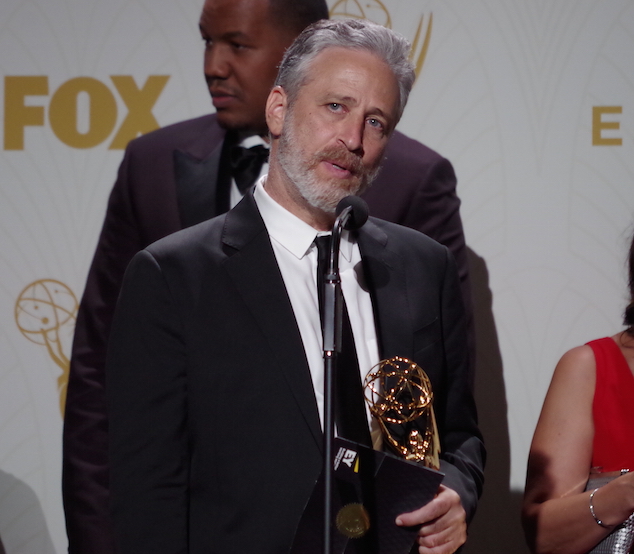 I know I'm a horrible TV fan for this but...I haven't seen Game of Thrones yet. I've always heard great things and the amount of awards it received last night obviously supports those opinions. So I think this will definitely be my next series to binge watch.


What did you all think of the show? Were there any shows you think deserved awards that didn't receive any? What shows do you think are binge worthy? Help a sister out with deciding what to watch next!
Posted by taltalsays&chardonnay at 6:36 PM No comments: