Some of my followers may have noticed that I've taken a small hiatus from writing new posts and it's because I've recently been under a lot of stress with some personal things so much so that it has affected my moods and creativity. I was in a creative slump from the stresses I was under so I thought a change of scenery and a new experience would make me feel more at peace and start up my creative flow again.

Growing up, I had gone camping a few times through the girl scouts group I was a part of, but I never really grew a penchant for it. I hate being dirty and sleeping on the ground, but I thought that it might be just the thing I need to be one with the Earth and relieve some stress. It was time for me to try it again. Reluctant at first, I really took my time deciding where to go camping, but ended up deciding on a little place called Page, Arizona.

I had heard so many great things about it and seen amazing pictures so I landed on that! Many parts of Page are on Native American reservations and a lot of the sites to see are lead by Native Americans, which I think is so cool. 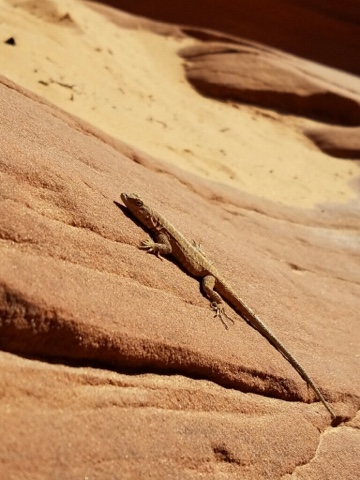 From LA to Page is an 8 hour drive...yes 8! Due to an appointment I couldn't miss in the morning, we ended up leaving late and arriving to the campground at 9PM. Pitching a tent in the pitch dark of the wilderness was such a struggle! 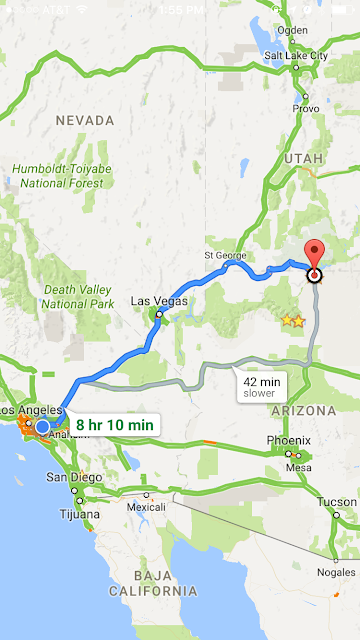 The campground was called Wahweap and it was directly on the border of Arizona and Utah. You could be sitting on one side of the campground in Arizona and walk over to the other side of it in Utah. What was even more interesting was that the time jumped one hour from Arizona and Utah, so it was kind of hard to keep track of what time it was. But it was a really nice campground, with clean bathrooms and showers and everything. It was right around the banks of Lake Powell, which made for a great view to wake up to in the morning. After setting up our tent, we just made a quick campfire dinner and ate under the stars, which was so relaxing, and went to bed. 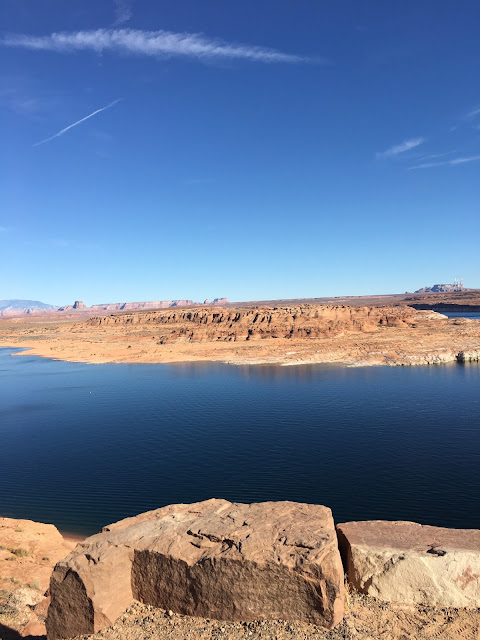 Page is a place that, fortunately for us and our timing of arriving so late, has activities that can all be done in 1-2 days. We started out in the morning by going to Antelope Canyon. There are two canyons: upper and lower Antelope Canyon. The upper canyon is the more popular, touristy one and requires reservations a day or so in advance. The lower canyon is just as beautiful but less crowded. There are a few companies that offer tours tours to the canyon. We didn't have reservations, but luckily we found some spots with one of the Native American guides. I was told that the lower canyon was much easier and less expensive to get into, but the upper canyon is the most recommended one. It was so awesome to be lead by a Native American guide who explained every aspect of the canyon and what each turn and lighting effect was about.

To get to the canyon, the guide drove us 10 minutes in an open air vehicle through sand and dunes, and if you didn't keep your mouth closed on the way there, you were sure to get a mouthful of sand. 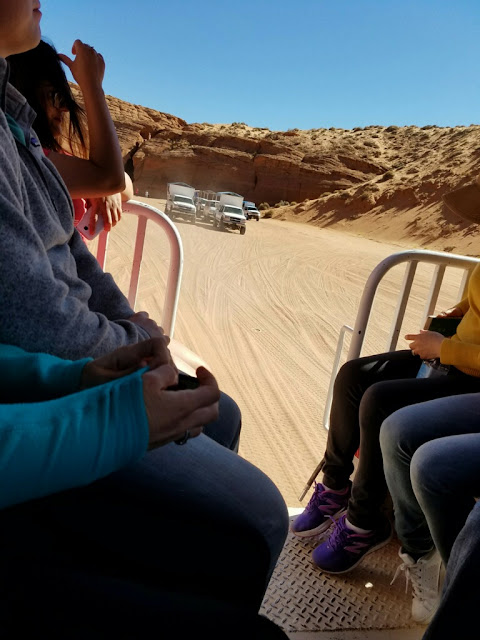 Upon getting to the canyon, I was in literal amazement of what beautiful things nature can create. The canyons were formed and are constantly being altered by wind and water that flows through it. 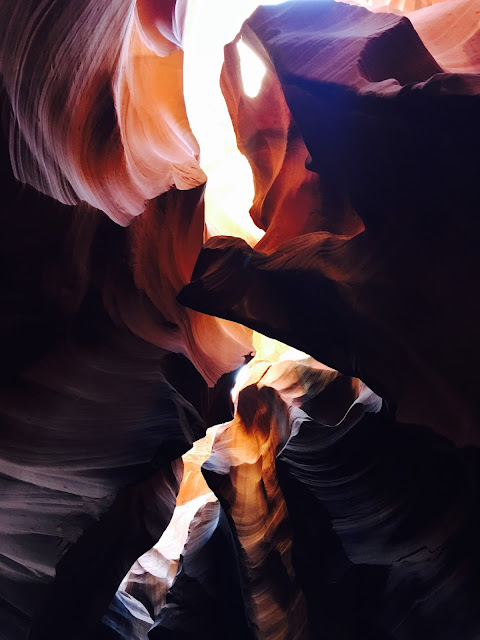 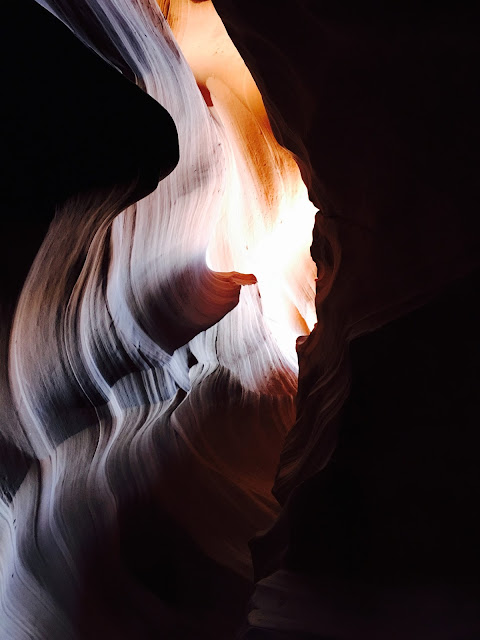 The canyon runs about 15 miles total, including the lower canyon, but the upper canyon was about 0.6 miles and with the guided tour, and took about 1 hour. Unfortunately, you can't go into the canyons without a guide because a few accidents have happened there during flash floods.

After we finished this trek, we were starving so we headed over to Big John's Texas BBQ, a really popular spot in the area. I highly recommend it, I haven't been to Texas to know if it compares, but I know it was really yummy. 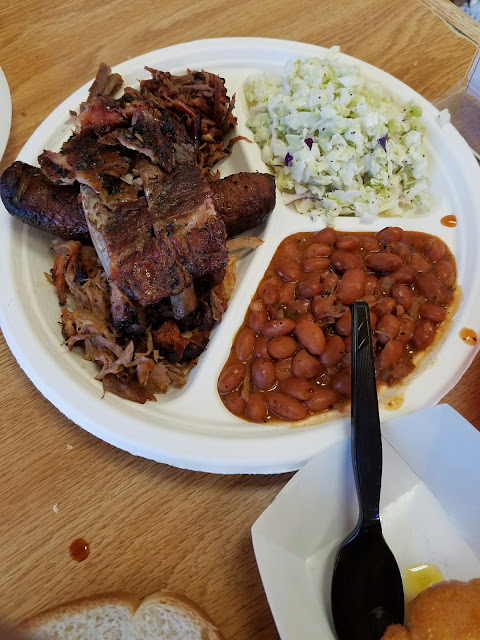 One of the other sights to see in Page is Horseshoe Bend. It is an overlook of a giant rock that the Colorado River circles around. The river runs through the Grand Canyon and goes all the way up to Horseshoe Bend and it's the most amazing view. 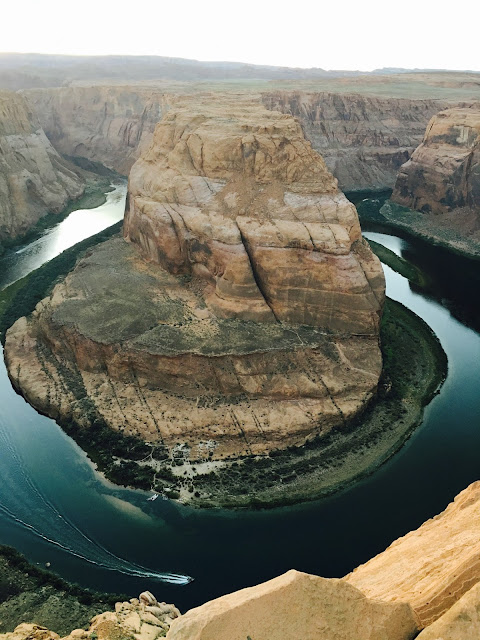 It is a bit of a hike to get to the view, about 1.25 miles, but it is a really easy hike with gradual inclines. It took us about 25 minutes to get to the bend, but that's because we were rushing to get there before sunset. 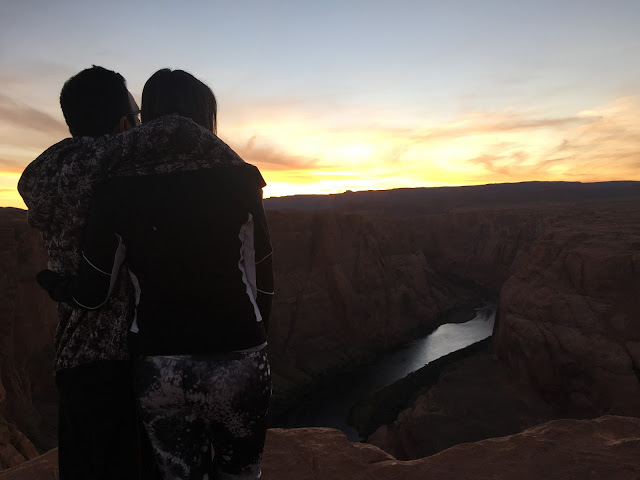 We did both of these in one day, because we were on a schedule but you could stretch it out over 2 days. In fact, I kind of wish we took more time to enjoy the camping experience and hang out at the campground more, so I think 2 days is better than 1. Either way, though, the whole experience was so calming and it really gave me a chance to assess what is going on in my life and really relieve my stresses about them. I am strongly recommending this experience, camping and all not only for being at peace, but also for just having some fun in the desert. That said, I think my creative juices are starting to flow again and I am planning more new posts in the upcoming weeks! Thanks for bearing with me, followers.

Posted by taltalsays&chardonnay at 12:22 AM