As a lot of you know from my Summer Vacation Essentials post, I took a trip to Spain last month and of course, I kept my eye out for street styles and different trends people wore there. Everyone knows that fashion trends start in Europe and migrate over to the states so I was pretty excited to see and buy up and coming pieces.

If you're looking to go to Spain and want to take advantage of the shopping, go towards the end of June because the sales are ridiculous! I had no idea my trip would overlap with the biggest sales of the year, but it did and I'm not complaining! Pieces I found that were normally 60€ I found for 20€ and that roughly rounds out to about $22.50. Anyway, I was really inspired by some of the really cool things the locals were wearing and I searched high and low for similar pieces in both local stores and chain stores like Zara and Mango. 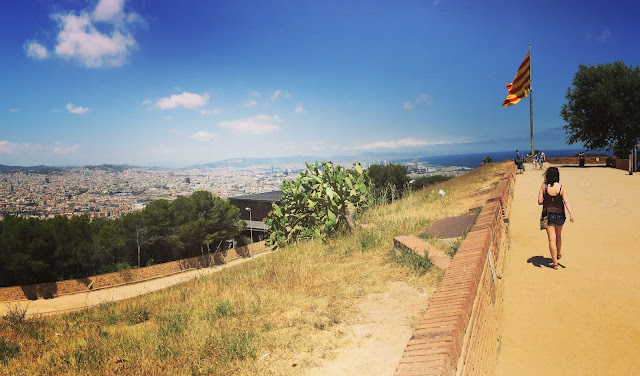 I didn't know this until recently but some chain stores like Zara sell different items of clothing in different cities, even locally! So you wouldn't necessarily find the same stuff at a Zara in Costa Mesa that you would in Beverly Hills. The clothing is tailored to the area; you'd find more beachy styles in a Zara in Orange County and more flashy and metropolitan styles in Hollywood. The same is with those in Barcelona.

I found a lot of neat things but this dress has to be my favorite. Its sequins are so meticulously sewn and have a ton of movement so you aren't constantly itchy. You can move the sequins around with your hands and it creates a nice two dimensional look. Best part is I got it for a steal at 20€! 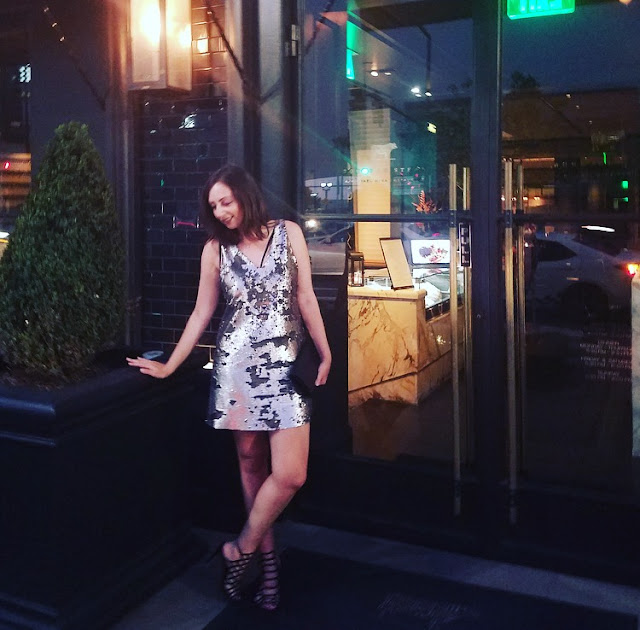 As much as the sales at the chain stores were too good to pass up, I really wanted to steer away from them and shop at local stores. I wanted unique pieces that would be quintessential to Spain and nowhere else. The first thing I noticed was that everyone and their mothers...and I'm not joking about this...were wearing these leather sandals... 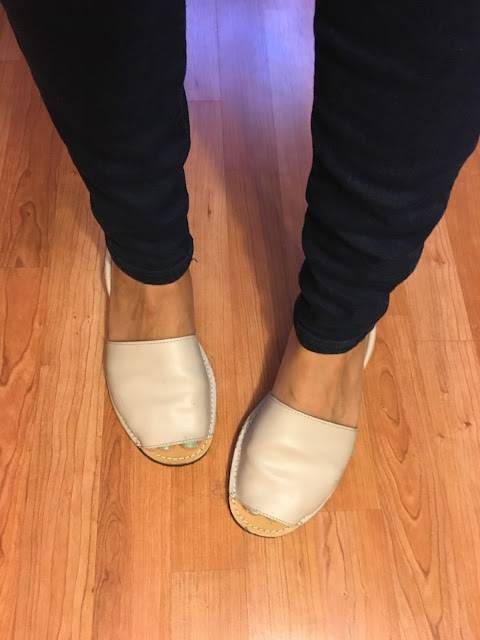 When I say everyone, I mean that literally. I even saw a ton of men wearing them. It's a really good sandal for summer and its made with real Spanish leather. Interestingly, the bottom sole is made of rubber and it kind of looks like it was made from old tires. I actually kind of like the recycling aspect of these shoes. But anyway, with these shoes it was easy to blend in with the locals, in fact, it was like step 1. All for a grand total of 12€, which is such a good price for real leather.

When I was in Madrid, a big aspect of their shopping was vintage stores. There were a ton of them all over the city with clothing and accessories ranging from the 60s to the 90s. It was so awesome! I trekked into a few of them and found this super cool Spice Girls concert tee that immediately brought me to nostalgia of my childhood. 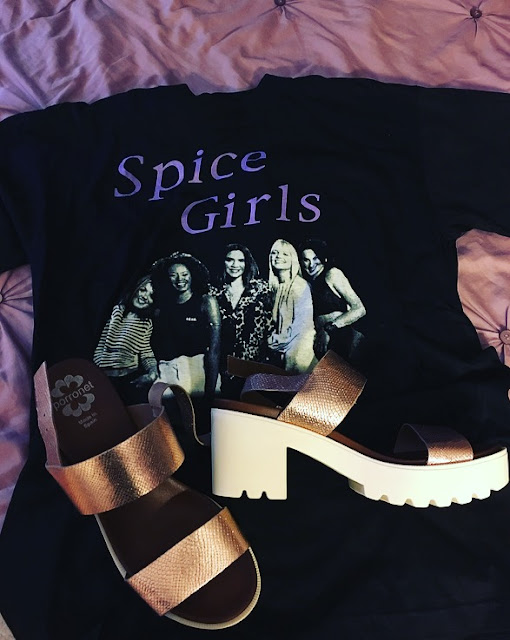 I also got these platform metallic shoes in Madrid, which I noticed a lot of locals wearing too. The platforms make the shoes so comfortable and they also remind me of the 90s. I've paired the tee and the shoes together to complete a 90s look!

My absolute favorite thing I got was an amazingly adorable mini backpack from Barcelona! I actually saw this backpack in the window of a local purse store on my way to meet up with my brother. I knew I was going to be late if I stopped to buy it so I just took a picture of the store and figured I'd go back to buy it after meeting up with my brother. I did just that, but by the time I got there and asked for the bag, the owner told me it was their last one and they had sold it! I really couldn't believe my luck. With a little talking in my broken Spanish, the owner told me they were going to get a new shipment of them but I was going to be in Madrid when it did. He graciously agreed to put one on hold for me until I returned to Barcelona to catch my flight back home. Amazing! The struggle was real to get this backpack but it was totally and completely worth it, especially at its cost of 20€.


I had so much fun people watching and finding cool new street styles in Spain and I'm really excited to bring some of those styles back with me and share them with you. I can't wait until some of these styles start appearing in our local stores.

Posted by taltalsays&chardonnay at 5:46 PM