If you know me, you know that Halloween is one of my favorite holidays and I love to celebrate it. Who says its just a holiday for kids? This year I really got into the spirit and tried out different activities to really celebrate. Because let's face it, nothing says fall like Halloween treats and crafts and getting a pumpkin spice latte at Starbucks simply won't cut it!

I started out the week decorating pumpkins with my boyfriend. He's more a carver, whereas I like to paint and glue stuff on my pumpkins. To each his own, but all I'm gonna say is that I won a pumpkin carving/decorating contest at work with one of my pumpkins!

Next, I wanted to make a Halloween themed treat for a work potluck and I also wanted to try my hand at making chocolate truffles so this was a great recipe for me to try out. They're little witch truffles! 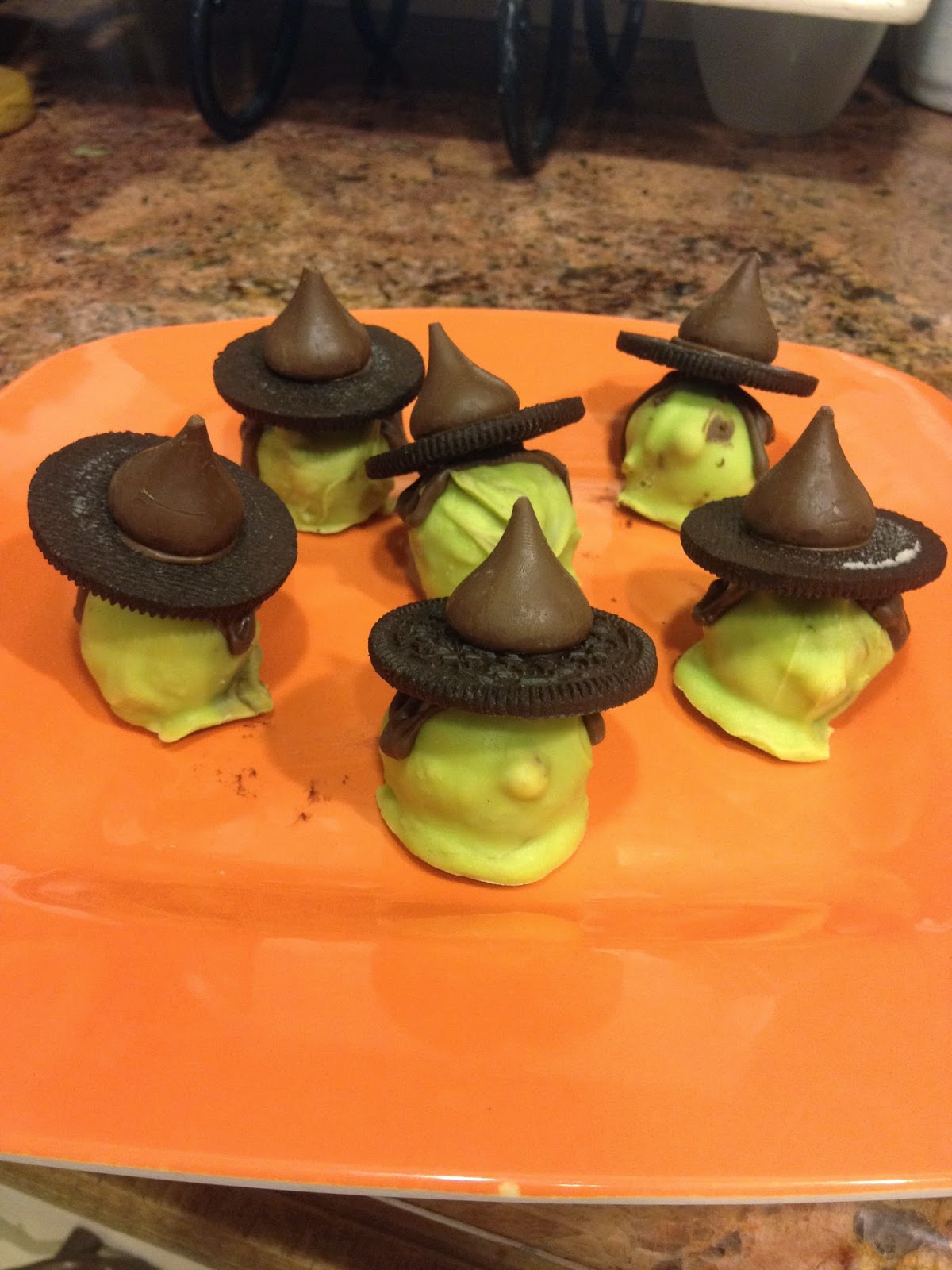 The decorating needs a little perfecting but what I did was make the truffles by mixing 1.5 cups of bittersweet chocolate with 2/3 cup of cream, let it sit for a couple of hours and roll them into 1 inch balls and stuck a tic tac in it as a nose. I then dipped them in candy coating and topped them with an Oreo + Hershey's kiss hat.

I was lucky enough to attended two costume parties this year. One was on actual Halloween day and one was a week before for my friend's birthday. Naturally, I had two costumes, both put together by me, instead of store bought. At my friend's birthday, I went as Audrey Hepburn from Breakfast at Tiffany's. My friends' costumes were so cute as well! 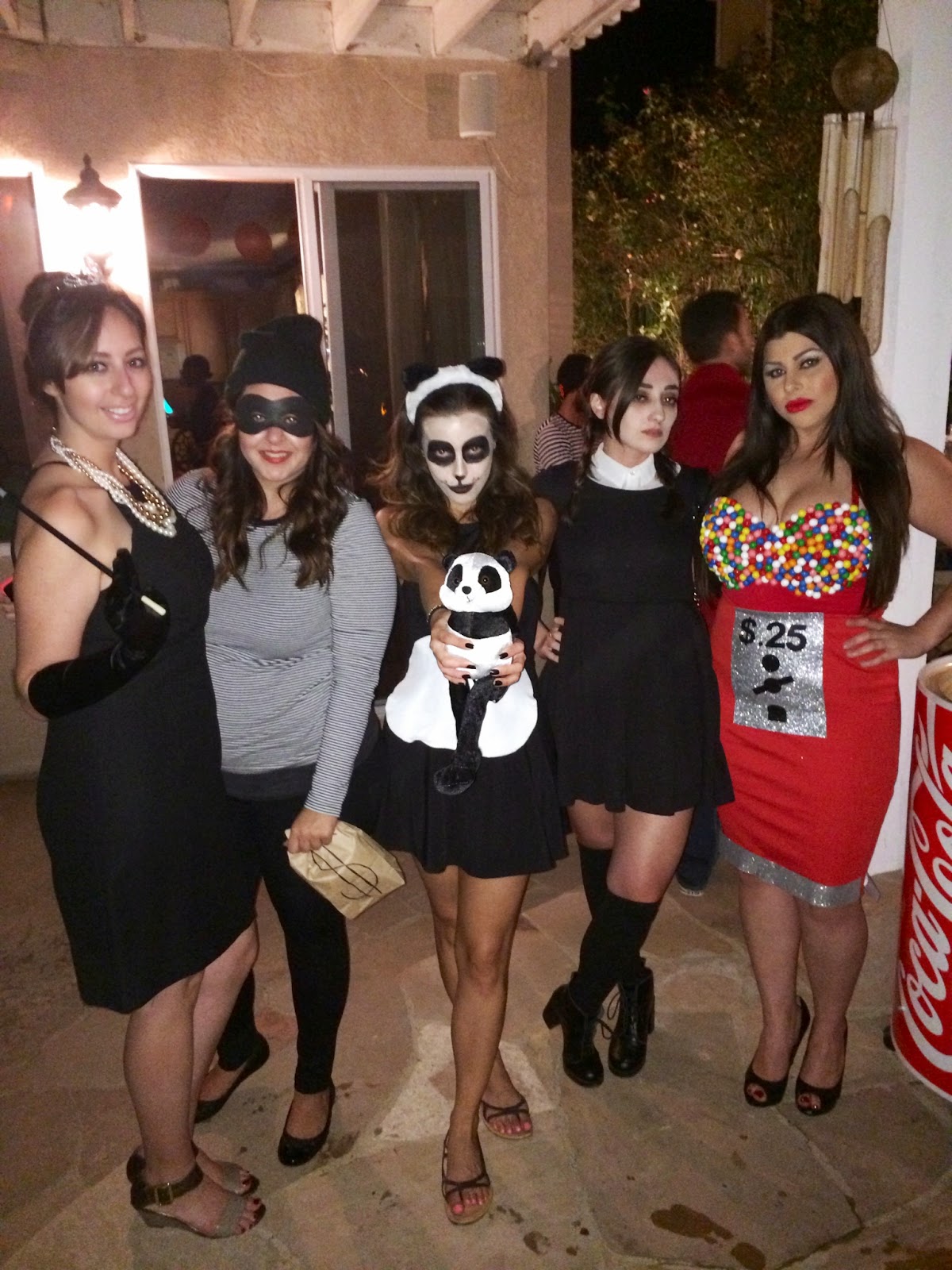 On actual Halloween day, I went to a party and I went all out with my and my boyfriend's costumes. I really like being creative with our costumes rather than typical girls' sexy costumes. Last year we were a sushi chef and a piece of sushi and the year before we were Ash Ketchum and Pikachu. And this year, we went as Roger Rabbit and Jessica Rabbit! 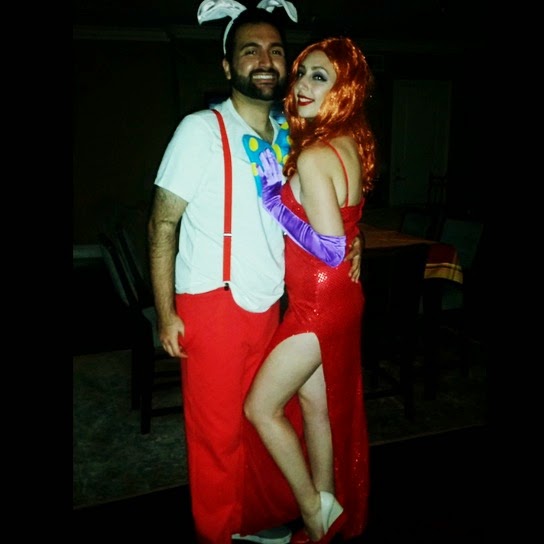 I made Roger's bow tie with felt and hot glue and pretty much bought every piece separately and put it together. It's so much more fun having a creative costume rather than a common store bought costume.

Rise of the Jack O'Lanterns

Finally, I went to The Rise of the Jack O'Lanterns at Descanso Gardens where over 5,000 carved pumpkins were put on display. The pumpkins had carvings of celebrities and popular TV shows and even multiple pumpkins put together to create elaborate works of art. Here are some of my favorite pieces I saw... 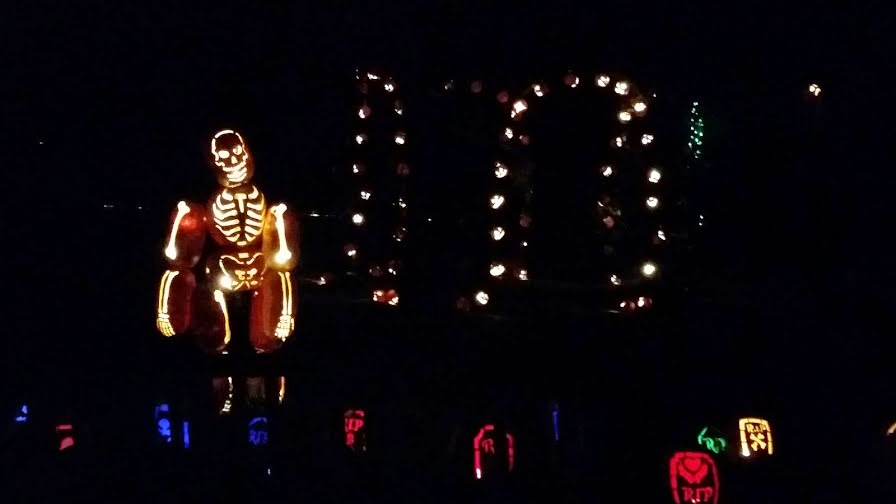 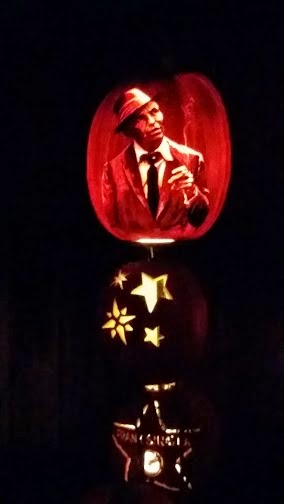 I hope everyone had a happy Halloween!
Posted by taltalsays&chardonnay at 9:27 PM