Breakfast in a Cup.

The other day, I was feeling inspired by some Pinterest pictures of breakfast foods and I came across an egg cup picture I thought was so adorable so I decided to attempt making it. What's better than bacon and eggs for breakfast all rolled into a cup sized treat? They turned out very good...both for the tastebuds and the eyes! 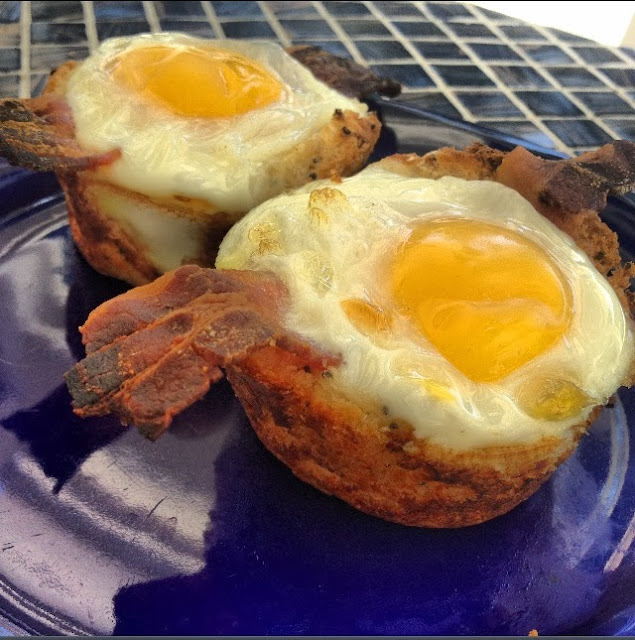 Ingredients:
What to do:
Posted by taltalsays&chardonnay at 5:50 PM